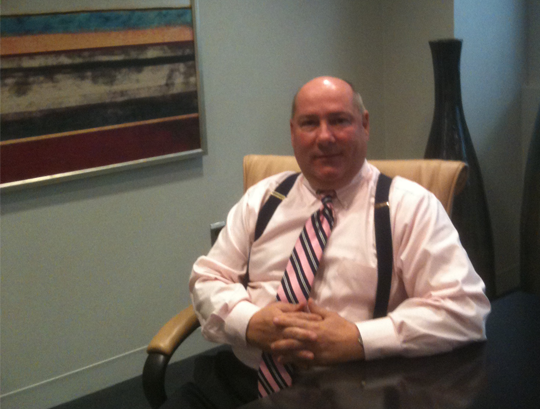 Located in the Philadelphia area, the Law Office of James M. DeSanto caters to families and individuals throughout eastern and central Pennsylvania. From the date of his graduation, Mr. DeSanto has represented people injured due to the negligence of others and people in disability hearings with the Social Security Administration. In addition, he represents clients with Custody or Support issues in Domestic Relations as well as a variety of criminal matters.

Mr. DeSanto believes in personal service. Each client deserves to be treated with respect and dignity, no matter the size of their case. When you hire Attorney DeSanto, you get Attorney DeSanto, not an assistant.

Mr. DeSanto also has been heavily involved in his community.  He served on the Upper Darby Youth Aid Panel for 4 years helping the youth in his community avoid juvenile records by fashioning community service instead of criminal charges.  He was on the Board of Directors of Upper Darby Little League and a coach for over 20 years and was President of the league in 2003-2004.  He has also been a coach with Chaos Travel Softball since 1999, helping young women achieve their dream of playing college softball.